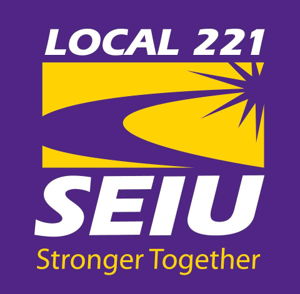 Sacramento, CA — The state Senate passed legislation Monday that would give workers the ability to more effectively collect pay they’re owed after they’ve been victims of wage theft. SB 588, A Fair Day’s Pay Act, is authored by Senate President pro Tempore Kevin De León and supported by a broad coalition of workers, community organizations, businesses, and advocates for workers.

“Wage theft has reached epidemic proportions in California and it is literally robbing a shot at the American Dream from the very people who build the prosperity of our state,” said Senator De León. “California must target the bad actors to level the playing field for honest businesses and help workers collect the pay they’ve earned.”

SB 588 would finally give teeth to existing laws that prohibit wage theft. Too often, businesses have been able to withhold wages that are legally owed to workers. Some employers routinely break these laws because they are confident that their employees won’t be able to overcome the many obstacles to collecting the pay they are owed.

The bipartisan vote came after hundreds of workers and community activists rallied outside the Capitol in support of the bill and filled the Senate gallery to observe the vote.

“It’s stressful to have to fight for what I’m owed and not to know whether I’ll have money to pay my bills,” said Fausto Hernandez-Garcia, a carwash worker and victim of wage theft from Los Angeles.

“As long as wage theft exists, there is no such thing as a true minimum wage or fair competition,” said Lilia Garcia-Brower, Executive Director of the Maintenance Cooperation Trust fund, statewide watchdog organization working to abolish illegal and unfair business practices in the janitorial industry.  “Unfortunately, these abuses will remain common so long as our workers do not have the tools needed to recover the wages they’re owed.”

·      Workers are paid for fewer hours than they actually worked

·      Workers are not paid overtime, in violation of the law

The current system for enforcing these important labor protections simply is not working. For example:

·         An analysis carried out by the National Employment Law Project and UCLA of California Division of Labor Standards Enforcement records found that between 2008 and 2011, 83 percent of workers who won wage claims in court were never paid even a dime.

·         Wage theft disproportionately affects the most vulnerable, including low-wage workers, immigrants and women.

Visitors to the event saw a graphic illustration of the barriers many workers face in collecting the money they are owed. A giant obstacle course demonstrated how difficult – and often fruitless — it is for wronged workers to file successful wage theft claims.

“Arresting the out of control wage abuses that strip workers of the American Dream is a top priority for SEIU,” said David Huerta, President of SEIU United Service Workers West.  “Wage theft keeps workers in poverty. Unless we do a better job stopping these forms of exploitation, poverty and inequality will continue to grow.”