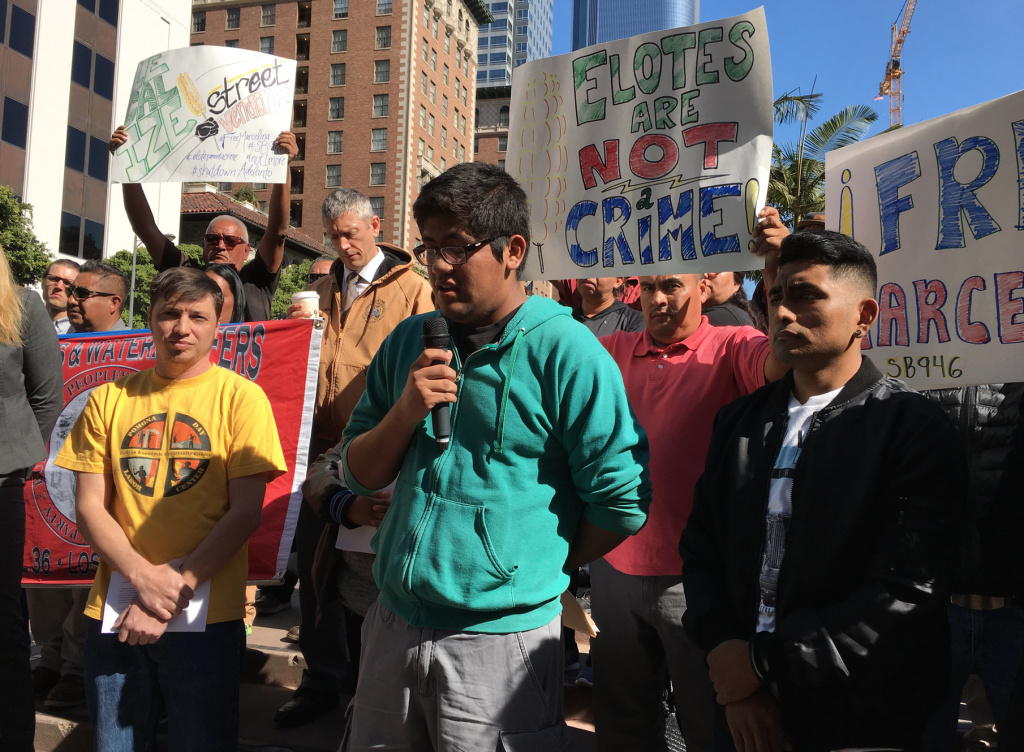 A street vendor detained by immigration officials after she was arrested for selling corn has been ordered released by an immigration judge.

Marcelina Rios had been held in a detention facility for six months.

According to her attorney, Rios was ordered released from the Adelanto detention center Thursday on $1,500 bond. She will continue to fight her deportation case.

San Bernardino County Sheriff’s deputies arrested Rios in October for illegally selling elotes, corn on the cob, in a Rancho Cucamonga park. She was only held a few hours. When they let her out, immigration agents were waiting.

Since then, Rios became a cause celebre among street vendor advocates who say street vending should be decriminalized.

We first wrote about Rios in March. Here is our original story: