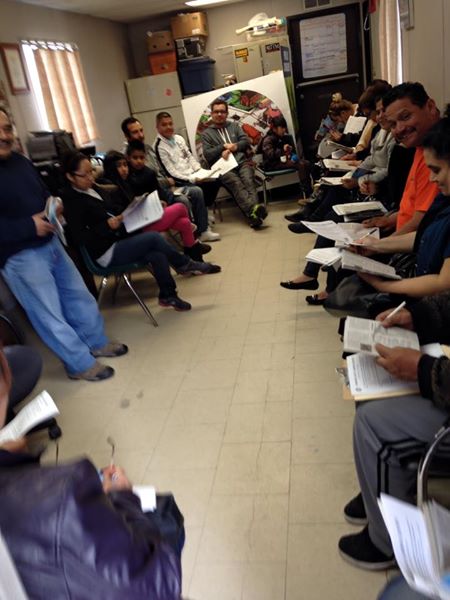 POMONA >> Atalia Cervantes walked out of the state Department of Motor Vehicles field office here Friday with a precious slip of paper in her purse.

Not only did she pass the written portion of the DMV’s driver’s license application process, she was able to get her old license renewed.

“I’m so happy,” she said outside of the DMV office. “I think everyone is happy.”

Cervantes is one of about 11,000 undocumented immigrants statewide who by 3 p.m. Friday had gone to DMV offices and applied for driver’s licenses under the provisions of Assembly Bill 60, DMV spokeswoman Jessica Gonzalez said in an email.

Like a proud father, Los Angeles Councilman Gil Cedillo on Friday greeted people in the lines that wrapped around the new DMV offices in Granada Hills.

“This is just so satisfying,” Cedillo said. “After all these years, to finally see this come to reality, to show we have fulfilled these promises made so long ago.”

Cedillo walked hand-in-hand with the first applicants when the doors to the office opened.

Cedillo, who critics branded as “One-bill Gil” for his constant pressure to get AB 60 enacted, has been working on the measure since his first election to the state Assembly in 1998.

In Long Beach, a protest was held outside the district headquarters of powerful state Sen. Ricardo Lara, D-Long Beach, who hailed the law as a move to enhance fairness and traffic safety. The roughly two dozen protesters outside his office denounced California’s policy as a criminal violation of federal immigration law.

Among those who spoke at a rally organized by a Claremont-based anti-illegal immigration group We the People Rising was Dan Rosenberg of Woodland Hills.

Rosenberg said his son Drew was killed in a 2010 collision involving an undocumented driver and that he has decided based on his own research of traffic safety data that giving licenses to undocumented immigrants will not improve traffic safety.