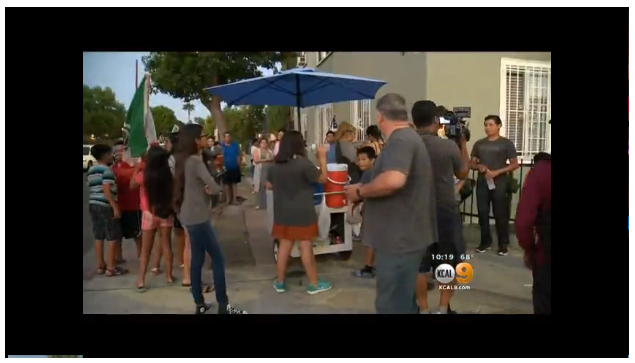 LOS ANGELES (CBSLA) — Street vendors might be getting closer to going legit with the introduction in the state senate of a bill that would decriminalize their work across the state.

State Sen. Ricardo Lara, whose District 33 includes the cities of Huntington Park, Paramount and Long Beach, introduced SB 946 this week, which would prohibit  local authorities from regulating street vending if merchants go through a permitting process.

“Sidewalk vendors are a fixture in California’s communities and a part of vibrant food cultures. But outdated laws expose these entrepreneurs to harassment, criminal prosecution, and even deportation,” a statement from Lara’s office read.

It goes on to say street vendors, a majority of whom are women and undocumented immigrants, are vulnerable to immigration and local law enforcement agencies.

Los Angeles adopted a measure last year that would stop making street vending a misdemeanor, though it is still a crime as the L.A. City Council figures out a permitting process, City News Service reported.

Last summer, street vending in Los Angeles made national headlines after a street vendor’s cart was flipped over by man upset that Benjamin Ramirez Silverio was selling his food on the sidewalk.