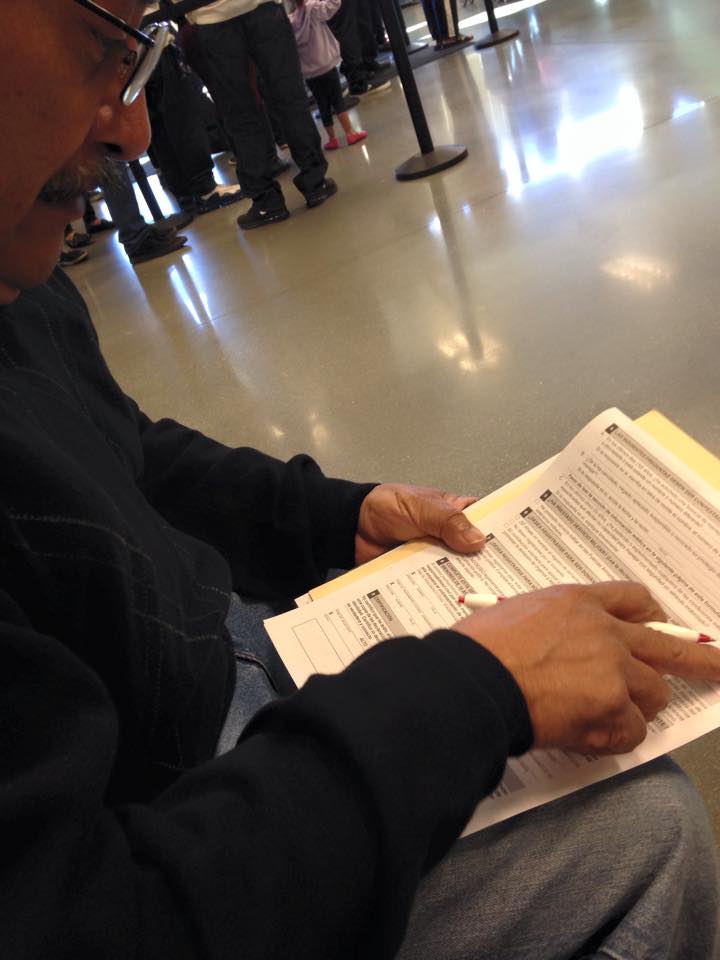 A month after the rollout of California’s massive effort to issue driver’s licenses to 1.5 million undocumented immigrants, the process is working overall in Los Angeles and the Inland Empire. Still, many applicants report a mixed bag of experiences.

Local advocacy groups are scrambling to address overflowing driver’s license preparation classes. Some test-takers are showing up at the Department of Motor Vehicles without studying, and some tech-phobes fear the touch-screen test format that allows four minutes for each question.

Language kinks were being untangled last week for Mixteco speakers after confusion over whether translators could assist during the written and driving exam.

“The community still has a lot of questions or concerns,” said Ben Wood, organizer at the Pomona Economic Opportunity Center, which offers driver’s license preparation classes. “But I think they’re (the DMV) doing the best that they can and bending over backwards. Aside from a very few exceptions, the agency has been doing a very good job.”

The Legislature allocated $141 million to the DMV for implementation of AB 60, which took effect at the beginning of the year.

Demand for the licenses has been high, with applicants filling offices from Culver City to the IE. In the San Fernando Valley, a new DMV office opened in Granada Hills to accommodate the flood of applicants.

A month into the process, the DMV has issued 39,000 licenses.