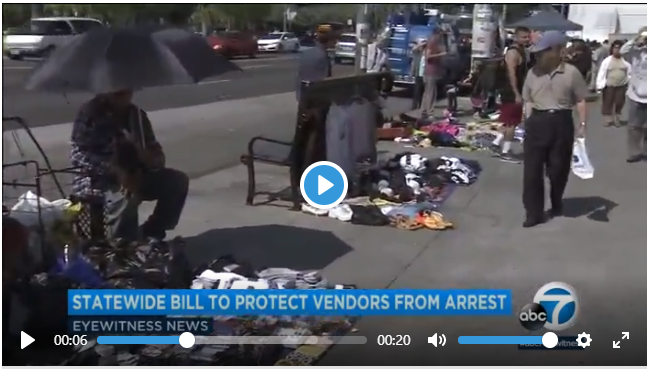 Last year, a mother of four was arrested in Rancho Cucamonga for selling corn at a park. When she was released from jail, immigration agents detained her and she remains in custody undergoing deportation proceedings.

The city of Los Angeles is among a number of jurisdictions giving a second look to the street vending issue. LA bans street vending, but is re-examining the issue to determine whether to set up a permit system for vendors.