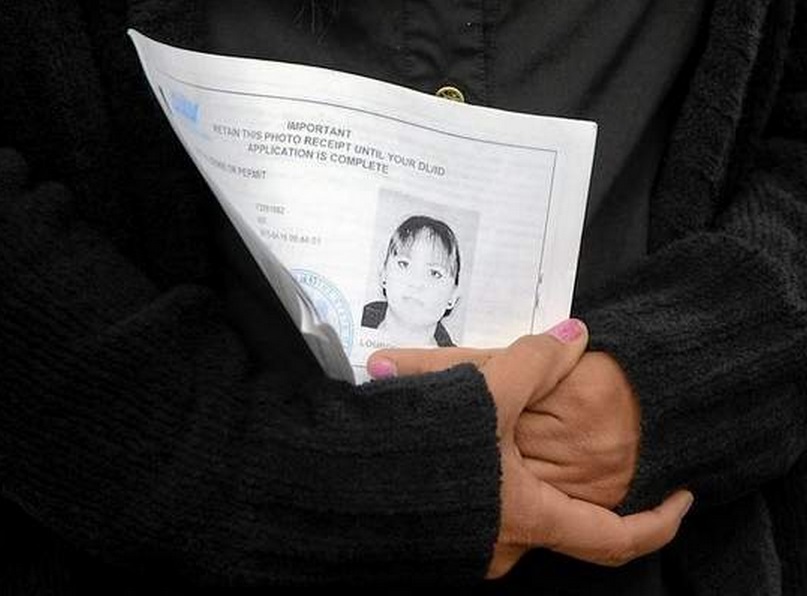 By Monica Rodriguez, Inland Valley Daily BulletinPOMONA >> Carmen Ruiz still remembers the day she walked into work a few weeks ago with her new driver’s license.

The Pomona woman had taken the written portion of the driver’s license exam on Feb. 13 and passed it the first time, she said. She took the behind-the-wheel portion in March and passed it on the second attempt.

“A week later my license arrived,” she said in Spanish. “When I got to work everybody screamed. I was so happy and so relieved.”

Ruiz was among several dozen people who took part in a gathering Friday at the Pomona Economic Opportunity Center celebrating the success of those who have earned their driver’s licenses with the help of the center and Assembly Bill 60. The legislation, which Gov. Jerry Brown signed in 2013, allows undocumented immigrants who can prove their identity and that they live in the state can apply for a license.

Ruiz, along with her husband Guillermo, prepared for the driver’s license exam with the help of the center, also referred to as the Pomona Day Labor Center.

From the end of September 2014 to Wednesday, the center organized 126 study circles where 900 participants reviewed the California Driver Handbook and went over sample tests and other study guides, said Benjamin Wood, an organizer who has been coordinating the circles.

Most of the circles have taken place in Pomona but the two men have traveled as far as Riverside.

The Pomona center estimates that about 300 of the people it has assisted have passed the Department of Motor Vehicle exams and have licenses now, Wood said.

In the first three months of the year 502,000 people submitted license applications under the provisions of AB 60, she said. DMV officials had estimated they would reach that number in six months.

About 14 million exams, including written and behind the wheel, have been administered since Jan. 2, the DMV statement said.

But not all are as pleased with AB 60.

The legislation is just one of many steps California’s Legislature has approved to assist those who are in the country without proper immigration documents, said Ira Mehlman, spokesman for the Federation of American Immigration Reform, or FAIR.

“I’m not sure how California can get any more bold,” he said.

States that try to take steps to address illegal immigration quickly find themselves facing legal action by the Obama administration to stop them, Mehlman said.

“When you have states like California that violate federal law, the administration is quiet,” he said.

AB 60 has resulted in an increase in business at DMV offices that has “caused great inconveniences in the state” for those who are in the country legally in addition to extra costs for personnel to process undocumented immigrants’ applications, Mehlman said.

“The costs continue to rise but politicians in the state don’t appear to care,” he said.

The DMV has seen a great deal of activity as a result of AB 60, said Gonzalez

“It’s been busy but we’ve been able to handle it,” she said.

DMV officials think the rush to apply for licenses will begin to taper off.

Olivares and Pasos study together for the test. Olivares was able to get her license renewed and Pasos, who had never been licensed in the United States, passed the test, he said.

Obtaining licenses “was a blessing for us,” Pasos said.

“We can go out on the street without fear,” he said.